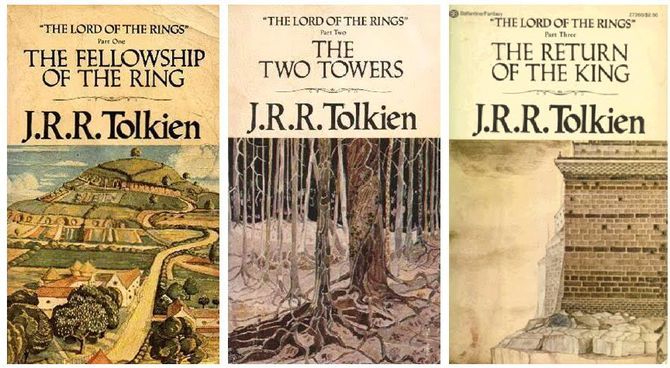 Grandview’s community has a lot to commend itself to Jesus followers. The liturgy is rich. The songs are nourishing. There is among us a unique commitment to seeing justice lived out in our neighborhood. I could enumerate many charisms of our people. One of the oft overlooked, and a personal favorite of mine, is the uncommon devotion and seriousness given to the world of JRR Tolkien: to the realm of elves and hobbits, Ents, wizards, and Valar. Grandview cares a lot about Middle Earth. For hobbit impersonators like myself, this love makes Grandview a particularly cozy and homey church.

I came to my infatuation with Middle Earth relatively late in life: I read the books my final year of high school and first year of university. To my enduring shame, I watched the first of the films before reading a page of Tolkien. I read the books immediately after, and was glad to join my friends in their pedantic arguments about where the film unjustly departed from the book. The opinions were expressed with passion and colorful language, especially relating to the absence of Tom Bombadil.

Tom was the master, and a beautiful part of the book, but cutting him from the movie actually made sense to me. In adapting a large novel to film, changes have to be made, and cutting a side character that fits awkwardly (but beautifully in a way that gives the reader a sense of the mystery and grandeur of Middle Earth) is a reasonable edit. Unlike my snobbish friends, I thought all of the films were faithful and reverent of the source material (with a few specific caveats). Film is a different form than a novel; changes are necessary to adapt a specific piece of art to a new form.

Changes can be faithful and unfaithful, reverent and irreverent. Many of the changes in The Lord of the Rings films showed, to me, a love of and respect for the books. When Peter Jackson moved Tolkien’s description of the undying lands at the very end of The Return of the King to Gandalf’s conversation with Pippin during the siege of Minas Tirith, that was faithful to the spirit of the original text. That change showed love of the words themselves. Indeed it was such a great love that there was a search for an appropriate place to relocate these words in the film’s dialogue. Faithful adaptation does not abandon creativity. Faithful adaptation requires creativity.

Now to the point of this blog post: I believe a life of faith is akin to making a film adaptation of a revered novel. As Christians we have our source material, our own sacred texts. We have Scripture (and tradition too, but that’s another caveat that I don’t have room to give adequate attention in this post). The life of a Christian is a different art form than Scripture. Consequently, there is a need for adaptation, interpretation, and creativity. But this adaptation, interpretation, and creativity does not excuse us from deep engagement, seriousness, and fidelity. When we omit deep engagement, seriousness, and fidelity to Scripture from our spiritual lives, it can lead to a shallow, malnourished faith.

When film adaptation is not done in love and faithfulness, it leads to abominations like The Hobbit films. Films only loosely based on their source material. Films so injected with Hollywood sensibilities foreign to the Tolkien’s own that the playful spirit of the original story is unrecognizably marred. I couldn’t begin to list all the changes those films made that were inexplicably unfaithful to Tolkien’s original work. The results of this disregard for the book are films that are bereft of soul and nearly unwatchable to anyone with any exposure to the original work.

I worry that the desolation that is The Hobbit trilogy is what a life following Jesus looks like without a love of Scripture and faithfulness to it. As a community seeking to creatively bear witness to the love and welcome of God, I would encourage us to attend to Scripture with renewed seriousness, depth, and fidelity.

Jake Tucker is the youth pastor at Grandview Calvary Baptist Church and is currently at a loss for things to write in a blurb about the author.