New Monasticism: an Old Idea in a New Form 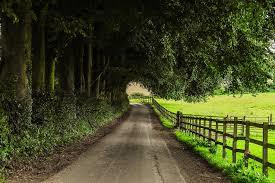 New Monasticism: An Old Idea in a New Form

The names of Shane Claiborne and Jonathan Wilson Hartgrove were not known by anyone beyond their friends and family at the turn of the century.  Now just over a decade on, their names like the name of the movement they are associated with, New Monasticism, have become part of the vocabulary of many people seeking the renewal of the church in the Western world.

The terminology of “new monasticism” was developed by my friend Jonathan Wilson in his 1998 book called Living Faithfully in a Fragmented World.  In that book, Wilson draws on the insights of Alisdair MacIntyre to explore  marks of Western culture that have shaped or more often mis-shaped our personal lives and the life of the Church over the years.  These marks include fragmentation of our worldview, a lack of historical identity and a future telos or goal, a retreat to the therapeutic in our personal lives, and overreliance upon the managerial in our leadership roles. In response to the ways that these forces have misshaped our lives as the church, Wilson calls for a new type of monasticism that will resist these misshaping forces by taking up practices that have usually been associated with monasticism as theologian Dietrich Bonhoeffer himself said in 1935: “the restoration of the church will surely come only from a new type of monasticism which has nothing in common with the old but a complete lack of compromise in a life lived in accordance with the Sermon on the Mount in the discipleship of Christ.”.  Noting the decline of local community that could sustain the moral life, Wilson also points to MacIntyre who ended his book After Virtue, by voicing a longing for "another... St. Benedict". By this, he meant someone in the present age to lead another renewal of morality and civility through community.

What emerged from the weekend were the "12 marks" of new monasticism. These "marks" are:

1.      Relocation to the "abandoned places of Empire" [at the margins of society]

2.      Sharing economic resources with fellow community members and the needy among us

4.      Lament for racial divisions within the church and our communities combined with the active pursuit of a just reconciliation

6.      Intentional formation in the way of Christ and the rule of the community along the lines of the old novitiate

7.      Nurturing common life among members of an intentional community

8.      Support for celibate singles alongside monogamous married couples and their children

9.      Geographical proximity to community members who share a common rule of life

10.   Care for the plot of God's earth given to us along with support of our local economies

11.   Peacemaking in the midst of violence and conflict resolution within communities along the lines of Matthew 18

12.  Commitment to a disciplined contemplative life

While these overlap with the traditional monastic vows of celibacy, poverty, and obedience among groups like the   Benedictines, Cistercians, and Franciscans, leadership in these new communities tends to be more communal and less hierarchical.

What I discovered while doing my doctoral thesis in 2008 is that all twelve of these marks to one extent or another had been pursued and  practiced in our community at Grandview Church in East Vancouver  over the previous two decades. Clearly, we didn’t set out to become a “new monastic” church; instead, like practitioners across the Western church, we realized that the gospel called us to a more radical commitment in the face of the cultural forces misshaping our lives personally and corporately.

When I hosted our own new monastic gathering on Bowen Island in 2015 with some of these same groups who were at that initial gathering in North Carolina, we discussed how this movement could, like the monasticism that preceded it, be sustained and long-lasting, and how it could continue to resource the wider church for renewal.  We also explored how these communities could develop a thicker engagement with culture in the same way that they had developed a thicker more intentional life together.

While every church may not be ready to form these smaller intentional type of communities with a common rule, the movement towards the kinds of common practices named in the 12 marks seems to me to be essential for all churches that are intending to resist the fragmenting,  consumerist force in our culture and form persons and communities that can become a light to their neighborhoods..  At least, that’s the way I see it.

The Emmaus Community in Victoria  http://emmauscommunity.ca/

Church of the Sojourners in San Francisco  http://churchofthesojourners.org/

Jonathan Hartgrove Wilson, New Monasticism: What does it have to say to Today’s Church?

May 9
Sunday Service on Zoom
May 12
Listening to God in Everyday Life
May 13
How to Fight Racism: Book Study