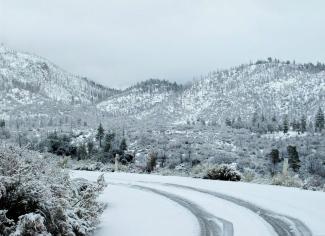 Christmas day is a celebration, which Herod must not hear of. Christmas is a whispered celebration. I am not sure that we understand Christmas yet, we western Christians. May I try and unpack this season theologically? I begin with the seasons – please bear with me, the payoff is rich.

The Winter Solstice in Other Cultures

The winter solstice marks the turning of the season. This is longest night of the year. Up until now the nights have lengthened, night by night. And the climate has become colder and colder. Now from this night, the nights become shorter, and the world begins to warm. The winter solstice is the beginning of new life, and the end of death.

For this reason, ancient agrarian cultures celebrated the winter solstice with anticipation and joy. Feasting was common on this night. In some cultures the winter solstice was the beginning of the new year. In ancient Canaanite culture, it was thought that Baal, the fertility god, came to life on this night, and Baal began to bring life to agriculture and to the wombs of animals and humans. This season was full of mystery and it was pregnant with hope.

The Winter Solstice and Advent

Why is Christmas celebrated on December 25th? Why in the dead of winter—the solstice? A likely (though not certain) view is that the date was borrowed from pagan celebrations. The Romans had their mid-winter Saturnalia festival in late December. According to this theory, early Christians deliberately chose these dates to encourage the spread of Christmas and Christianity throughout the Roman world.

The winter solstice signifies much the incarnation. (Aussies and other Southern Hemispherians need to do some re-appropriation here.) Palestine, under the Roman Empire, felt like winter. The population was poor, and it suffered under heavy taxation. Selfish puppet kings ruled Israel, and the emperor was honoured almost as a god. For Israel this was a time of exile—a return to Egypt. This was the long night of Herod’s reign, and the long night of proud and money hungry chief priests. Where was God?

Into this dark winter, a child is born. Not a full-grown, adult king, but a child. The incarnation is a hopeful whisper, not a shout. And with the incarnation the season has turned. Spring is around the corner, though it is not here yet. Now the nights become shorter, night-by-night. The incarnation is joyful to be sure, and yet it is not the full-blooded victory celebration of Easter Sunday. Rather the incarnation is whispered into the night. The wise men slinked away, undercover, for fear of Herod. And a dreadful slaughter of infants follows. To be sure, Herod still rules in Palestine, for now.

In the North we celebrate Christmas at a particular point within the seasonal calendar, in the dead of winter. The Christmas festival signifies the end of death, and the beginning of new life. We whisper about new life. New life isn’t yet our full reality, for Herod is still alive and well in our world. This narrative raises the question: how can we celebrate advent and Christmas in a way that corresponds to this seasonal movement? How can we experience a strain of warmth, deep within Herod’s winter?

Worshiping through Advent and Christmas

1. Advent and Anticipation in the Ache of Winter

“Watching, waiting, for the one . . .” Advent comes in the dead of winter. Advent is a time of watching for God, while living subversively and wisely under the rule of other gods and of other powers.

How can we urban dwellers experience something of the dead of winter, and the spark of new life? Perhaps we can share in a star gazing night? Perhaps we can have a contemplative night walk though the snow/heat (for Aussies), as a community. Perhaps these could follow an evening service.

Christmas day is a celebration, which Herod must not hear of. The world’s true king is born, and his rule will overthrow all rulers, in time. “Clandestine” means in secret. Christmas is a whispered celebration. Now the nights are becoming shorter, and new life has begun.

How can we experience Christmas as a clandestine celebration? Perhaps we can plant bulbs in a pot, as a sign of new life, just begun. Our Christmas Eve candle-lit walk to the park is a rich sign to Christ’s whispered beginning. Lots of small, warm gatherings in homes across the neighborhood. Is there a subversive activist participation that might fit here?